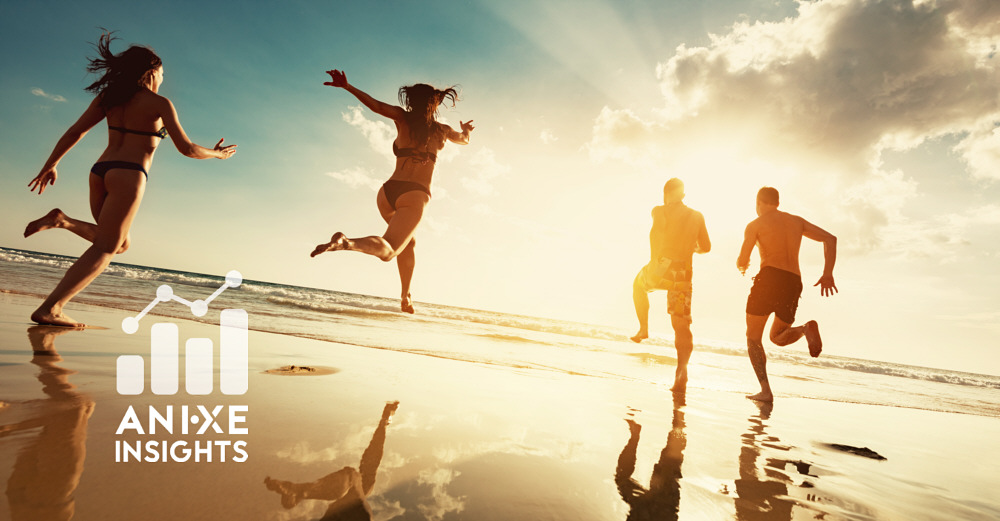 Along with the third wave of the COVID pandemic and its deadly toll on the global population at an unprecedented rate, even the greatest optimists started rethinking their plans. After such a positive summer and autumn of 2020, it was a shock to be confronted with those drastic images from India, which hit us in early 2021. The world was in the middle of vaccination program rollouts, but the virus was not going away and would not let up. It mutated and often re-attacked people who had once won the battle. No one knew if the world we knew before had a chance of coming back.

We had so many positive indicators. Photos and videos of open restaurants in Israel with people packed tightly together showed us that it could be the same in our own countries when the steep curves of infection and death level out and finally flatten.

Vaccine manufacturers struggled to meet the enormous demand and distribution problems began to arise, bringing some programs to a halt. Some vaccines brought about severely undesirable effects and were banned by some countries. It was a bumpy road for a while, until the culmination of the current state of affairs where vaccination programs are in full swing, and global herd immunity just around the corner.

We have been observing the growth in bookings coming through our Resfinity Platform, growing every week. Last week of May, ANIXE received and passed forward to its supplier partners over 12,000 bookings, a level of production we haven't seen since January of 2020.

More destinations open up for tourists by the day, and believe it or not some destinations are operating at over 75% capacity, however with COVID measures in place. For as long as these regulations are in place, our best-case scenario is around 50% of 2019 figures. Specifically, hotels are not allowed to operate at 100% occupancy, only 50%.

New, attractive offers appear in travel agencies and almost immediately sell out. Popular hotels and destinations are becoming more and more challenging to book. Many of us are putting everything aside and planning our vacations on short notice. Right now. We fear that if we don't book now, it'll only get more expensive later. As we make that booking, whether on or offline, we take a deep breath…this time without the mask. It's like old times again. The same adrenaline. The same excitement. The same anticipation. Here we go!

Within our client base, bookings grew in May we think as the infection and death rate were slightly weaker than in April and February. June shows a very healthy growth trend with bigger increases week on week to date. Bookings sold in May this year have already reached 52% of those sold in May 2019. In Germany, May 2020 bookings represent 60% of the bookings produced in May 2019.

What is worth emphasizing - the scale of booking growth between May and April is 220%! Impressively significant. And decisively a touristic breakthrough! Houston, we’ve just landed on Mars.

As lockdowns are removed and restrictions begin to loosen, international travel begins to resume. We've started to travel shorter distances, often with our own mode of transport. In May, the Germans decided on Spain, Greece, Turkey, and Egypt. Slightly more interest grew for local destinations. However, their share in relation to the scale of overall reservations remained still at a much lower level (a decline of more than 37%) than before the pandemic.

Compared to April, Greece in particular attracted significantly more interest, and its share of bookings exceeded the numbers from 2 years ago by 2,5 multiples. Although there is a sizable 40% drop in the overall share of Egypt, May numbers exceeded April by more than 120%. The drop in Egypt's bookings is due to the increased popularity of Greece and Italy.

On the other hand, Italy and the USA, destinations that were among the most popular in May 2019 seem to be still the most affected by the government regulations and bans against travel. Nevertheless, May's result shows that vacations in Italy are becoming popular again.

The coming summer has encouraged German travelers to make reservations in the popular Spanish resorts; Palma de Mallorca, Las Palmas, Puerto del Rosario. The Turkish resorts of Antalya and Gazipasa were also highly-rated, but the most significant increase of interest was on the Greek beaches of Heraklion, Rhodes, Kos, and Chania.

Drilling down to city level, In April 2021 Hurghada, Puerto del Rosario, and Las Palmas also enjoyed tremendous popularity, although their share decreased significantly later. We see similar trends with the hotspots of May 2019. Demand for bookings to London, Las Vegas, Rome, domestic areas of Berlin, and Frankfurt fell significantly, and their booking share in ANIXE’s Resfinity dwindled. The top destinations were stable: Palma de Mallorca and Antalya. Their share in Mays's bookings was even higher, although on disproportionately lower volumes.

The four most popular destinations in May 2021 for German travelers are Hurghada, Side, Dubai, and Istanbul.

The most significant percentage slump was in Dubai, whose share in bookings dropped fourfold in May. Noteworthy, Dubai, Istanbul, and Hurghada’s share of all bookings were lower than in April, their quantitative volume did not weaken - in fact, it was at a similar level or even increased by 120% as for the latter place!

In contrast to the situation in April 2021, where trips of up to two days were very popular, May 2021 has proven to be a harbinger of change. The state of the receding pandemic contributed to this. Last month, 7-8 day bookings were the most popular, while the share of 1-2 day bookings decreased slightly - although quantitatively, it remains high.

Online meetings have replaced business travel - this is a fact. The new reality is visible in numbers compared to the same period in 2019, before the pandemic. The percentage of bookings of up to 4 days stay, which reigned supreme in then, is now 50% lower on average than half that value, and has given way to slightly longer leisure trips.

Nevertheless, data from ANIXE's Resfinity Platform shows that we feel safer. We are finally starting to formalize and execute holiday plans. We are most willing to buy offers more than two months in advance. Spontaneous reservations are less popular, although recently there has also been a growing interest in trips made 8-14 days in advance.

While people can do business online, the hunger for leisure travel is reaching a breaking point. This is evident if we compare the latest figures with those of 2 years ago. We have a more than 20 percent decline in the share of single-person reservations (30% just in the last month). Still, there clearly is a growing demand for last-minute trips. Learning from last year, we prefer not to wait. Might be disasters down the road. Let's travel while we can.

ANIXE’s data shows that Covid-19 has also influenced certain changes in eating habits compared to the situation in 2019/2021 the proportion of reservations with a more inclusive meal plan – AIP (All Inclusive Plus), AIU (All Inclusive Ultra), AI (All Inclusive) - has increased significantly. At the same time, the share of bookings with BB (Bed and Breakfast), SC (Self-Catering), and RO (Room Only) decreased by 40% on average. Tour operators, agencies, and OTAs aren’t accountable for the health and safety of restaurants outside the hotels.

As for pricing, after long stagnation due to lockdowns and a decline in demand for hotels, prices have begun to rise again. In May 2021 the surge began. Nevertheless, they are still slightly lower than just two years ago. Interestingly, we are now spending significantly more, by an average of 50% more than at that time, for a single booking, primarily related to the recent decline in business and incentive travel.

Last year's data and this year's direction, which has been consistently confirmed month after month, has clearly shown that the travel market has the potential to regenerate quickly. Demand for backlogged travel is vast. People no longer want to wait. They want to enjoy adventures, experiences and exploration.

What awaits us soon? It promises to be a pleasant summer and an uncertain fall.

People willing to travel are growing by the number every day. More and more countries are opening up to tourists again. Nothing left but to get vaccinated with a second dose and fly.

How fast will the tourism sector continue to grow? Which countries and resorts will offer the best deals for tourists? We look forward to bring you more data and more insights.