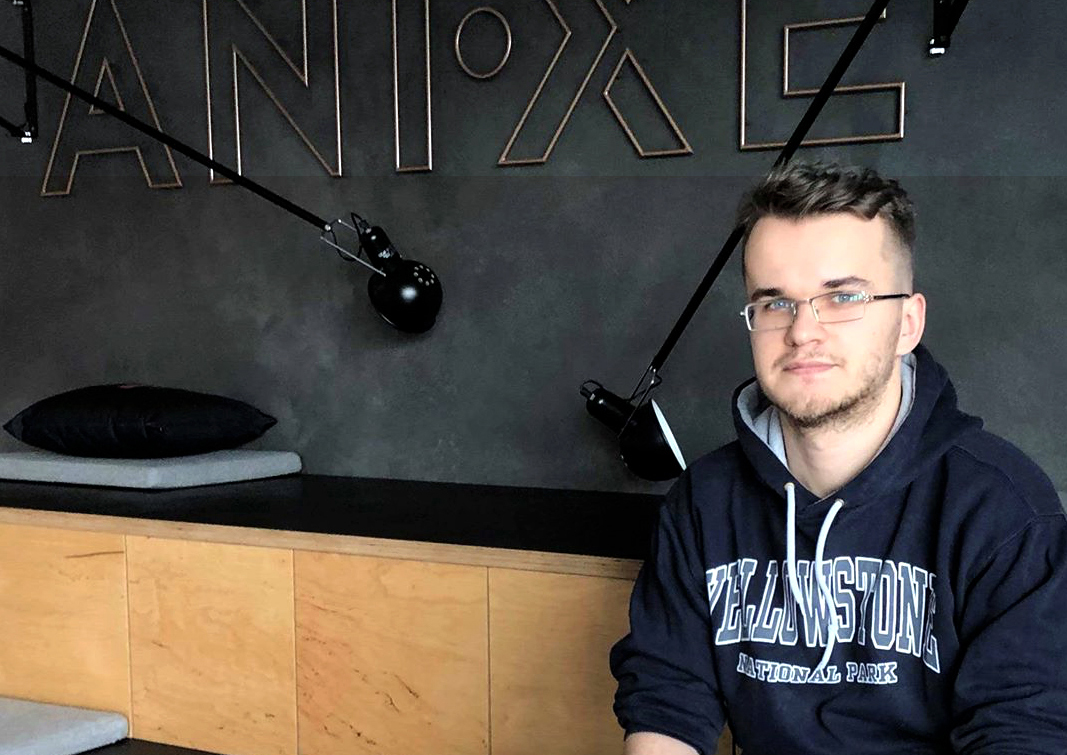 Rusty day is Virtual Conference focused 100% on Rust. Five days, eight speakers, eight talks - streamed online and available to watch later. Wojtek Polak, one of the organizers of RUSTY DAY and Software Software Engineer at ANIXE, tell us how does the organization of the conference look like in times of pandemics

The first RUST conference in Poland will take place at the end of July 2020. How COVID- 19 changed the organization of the event?

In the beginning, together with the society of RUST WROCŁAW, we planned to organize the conference traditionally: rent a room and invite speakers. It was supposed to be the first event of this type with RUST in Central Europe. However, the COVID-19 related issues forced us to change form and we switched to online events.

What does the organization of such a significant event look like? Who are the speakers?

Every person who wanted to be a speaker could submit their topic via a form. We then chose the most suitable and interesting ones. Thanks to this, we have received a fascinating mix of issues for the conference.

From the beginning, we aimed at the international environment; that's why all the lectures are prepared in the English language, our speakers come from different parts of the world. We have also adjusted the lecture display hours to suit both Europe and the USA. We also decided to extend the conference for few days, so that there would be maximum two presentations per day. The lectures streamed online and available to watch later so everyone will be able to play talks individually at home.

Will the conference be interesting for people who have never programmed in RUST but have experience in other languages, eg, C #?

If a person is interested in RUST but has never had contact with this language, I think it might be hard. But many topics are about why RUST works for specific projects. This can spark interest in new people and encourage them to learn the language.

What are the further plans for this conference? Will it become a regular event, for example, every year?

I think we will stick to the concept of organizing a conference once a year. We currently want to focus on this upcoming event. Complete everything and then decide on the future.

What about workshops? You used to run them as part of RUST Meetup, and they were very popular. Are you planning practical classes as part of the conference?

The workshops will be not organized this time, but we have set up a RUST language hackathon. We hope that there will be teams who want to create a project within two days. Of course, we have prizes for the best teams.

How was your beginning with the RUST community?

It started about one year ago when the Rust Meetup Wrocław was still taking place in ANIXE's office. This was the first time when I had the pleasure of getting to know this community. A few months after I first came to the RUST meetup, I joined ANIXE, thanks to which I was quite close to the Meetup - it was enough to be in the office :). With time, I became more and more active in the RUST community, and finally, I asked to join the organizers. At the moment I am in the group of conference organizers, which consists of 5 people.

How was your beginning with RUST? What happened that made you love it so much?

It all started at University, where I had a lot of C ++ language classes. At that time, this language seemed not to be very elegant, and with time we had a course in formal languages and translation techniques in one of the exercises. This course showed how the compiler works, and it immediately became my passion. I decided to develop myself in this direction, and my engineering diploma was about creating my language compiler. The more I began to read about it, the more and more often I came to the conclusion that writing this kind of thing in RUST was pleasant.

On the one hand, it is a low-level language, does not have large overheads, and on the other hand, it allows quite a lot of abstractions from the hardware and allows for high-level thinking. Much of the language is derived from functional languages - for example, algebraic data structures. I just fell in love with this language.

When I worked in my previous company and programmed in .Net language, there was no day when I didn't tell my colleagues how cool RUST was. One of my colleagues, at one point, asked me why I didn’t work in RUST if I liked the language so much... That's why I took a chance, and now I program in RUST every day.

Why do you value work at ANIXE?

I appreciate the independence and creativity of my work. I like to see our customer’s satisfaction when our solutions turn out to be what they needed.

Find out more about work in ANIXE >>